The subject of the book could be a panacea for very many of our world’s misfortunes. From various states of mental disturbance, deviations, dependencies, severe psychiatric illnesses including those requiring isolation, through to chronic diseases or those that are considered to be incurable.

The question of ghosts also applies to various everyday situations like the demanding behavior of a family member, difficulties with learning, with people close to one, work colleagues or business associates. They often lead to helplessness, loneliness, isolation, or to difficult financial, health and social situations.

What is a frequent cause of various diseases, misfortunes, lesser or greater failures? How can one deal with them, how can one guard against them in the future?

THAT’S WHAT THIS BOOK IS ABOUT

It is also a reply to the endless questions asked by people turning to me for help. They often believe that the things that have happened to them are unique, they happened only to them. They wonder why they are suffering so much. They think that maybe they did something bad and that now they’re being punished. Or maybe it’s the work of some curse or black magic.

Do you often happen to experience:

If the answer is yes, then this book is for you. In it you’ll find answers to questions that may well have been bothering you for a long time. It could be that you have been wandering in the darkness and that this book will show you the real causes of your troubles a dependency on the influence of ghosts on your life, that is beings which have died and, after death, have not resolved to leave for the other world.

The book you’re holding in your hand is a very exceptional work. Nobody before has described the dependencies that exist between the world of ghosts and that of people in such an extensive, comprehensible and profound way. It allows you to understand the causes of these dependencies and shows how to free yourself from them. It is a guide that leads to a life of peace, satis-faction, enthusiasm and wealth.

It is a handbook for anyone who is pursuing personal and spiritual development. It shows the universal laws that govern our world and is a testament to the author’s spiritual maturity.

WANDA PRATNICKA is a lay exorcist and a psycho-therapist. During her 30 years of practice she has helped many thousands of patients throughout the world. The book in your hands became a best-seller in its home land – Poland – shortly after the publication of its first edition.

The book is aimed at all readers, not just those who are interested in the esoteric arts. It presents in an accessible and surprisingly clear way the causes of the toxic associations that arise between people and ghosts. It contains a large dose of the psychology of soul. Ghosts are the souls of people who, for various reasons, overlooked their own death, did not have the courage to depart for the other world or were detained, or even dragged from the road, by their dear ones weeping for those souls. When they remain in the world of the living they possess people and this can be the cause of very unfortunate, and sometimes even tragic, experiences. The presence of ghosts within a person causes powerful mood swings from strong negative emotional outbursts to profound depression. They evoke powerful anxiety attacks, persuade those who are possessed to commit suicide, have strong influences on the psyche and are the cause of mental illnesses. Additionally, the physical illnesses of the person who died are very often transferred by the ghost to the person possessed.

DEATH AND THEN WHAT?

WHY DO SOULS STAY BEHIND?

WHEN A SOUL REMAINS

HOW IT INFLUENCES US?

IS THERE A DEVIL / SATAN?

EXORCISM AND THE CHURCH 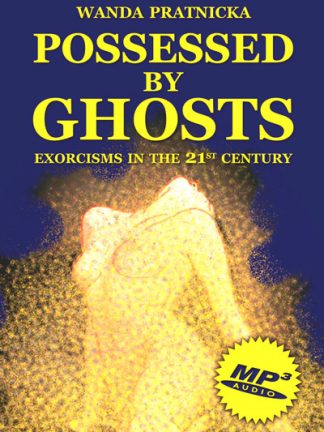